Airtasker and Taskrabbit are online services allowing users to post and complete tasks for each other.

As of January 2018, Taskrabbit’s services are available in 39 metro regions of the United states including New York, Boston, Portland, Atlanta and San Franciso, as well as London in the United Kingdom. The full list of US operating regions can be viewed here.

As of January 2018, Airtasker is available across Australia and plan to launch operations in London very soon. 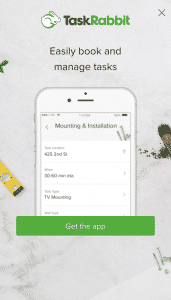 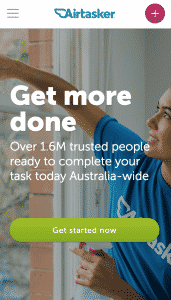 Taskrabbit has 43 categories of tasks that users can post jobs to or offer their own services. Common tasks include:

A full list of tasks can be found here.

Airtasker does not limit tasks that can be posted on it’s website into distinct categories, and the only limits on the type of task that can be posted are that it does not involve illegal activity, relate to a list of prohibited items such as drugs or drug paraphenalia, or involve adult or escort services. Source: https://support.airtasker.com/hc/en-us/articles/229209187-Task-posting-guidelines.

Instead of selecting individual categories, users on Airtasker write a task headline and description. Users wishing to filter and search for jobs do so on a keyword matching basis.

Taskrabbit sets a 30% fee which is charged inclusive of the hourly rate set and offered by the tasker. Hiring users also have the option of placing a tip for the tasker, within a 24 hour window after they receive an invoice for the service.

Airtasker charges a standard 15% fee as commission of the job’s value for using the platform. The fee is taken from the agreed value of the job when an Airtasker is hired by a user.

In the Australian market, ServiceSeeking.com.au is an alternative to Airtasker for trades, removalist, handymen and photography jobs. Businesses on Serviceseeking are required to have an ABN and pass a verification check on sign up. In addition, ServiceSeeking charges a custom membership allowing businesses to quote on as many job leads as they receive, without having to pay a percentage commission of the job’s value.

Over 150 categories from plumbers, painters, builders, photographers and more. List your business today