Get a Gyprock Wall Quote in 2 minutes: Where is the job located? Get Quotes

Plastering services in Australia cost around $45/hr on average in 2017. The specifics of the project can affect the overall cost, though. Basic plastering jobs can cost as low as $44.50/hr. However, if the job involves removing old plaster or adding decorative finishes, you can be charged up to $50/hr.

All prices stated in this article are based on FY 2018 pricing data compiled by ServiceSeeking.com.au. The figures resulted from a comprehensive analysis of quotes submitted by Plasterers on the site from July 2016 to July 2017. 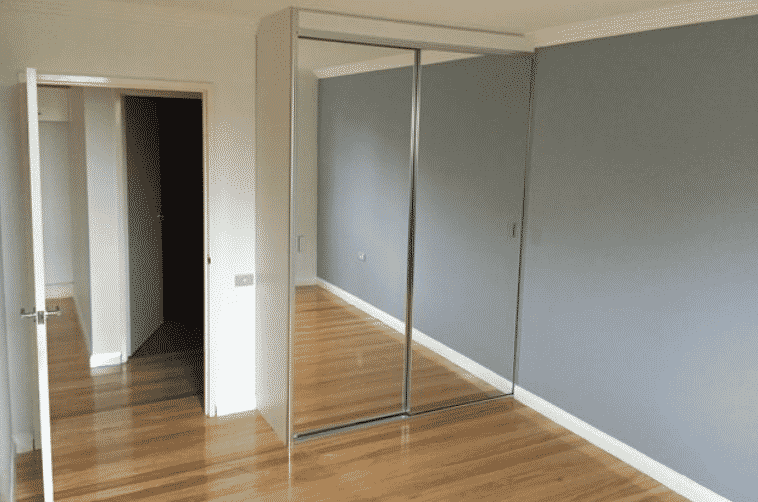 Catherine from NSW
She wanted a new basin and pedestal installed in her bathroom, so she needed to fix a board behind the area where the new basin will be located. She also had to replace and set in plaster with size of 1,200mm x 900mm. The service she got did not include painting.
TOTAL COST: $600
Charles from NSW
He needed to patch a hole in his bathroom ceiling where a fan was used to be installed. The hole was approximately 300mm x 350mm. One of its sides was already sagging, so an extra ceiling board had to be cut to make the surface level. The service did not include painting.
TOTAL COST: $380

When figuring out how much to spend on a simple patch repair work or on having your walls replastered, several factors are taken into consideration.

The size of the wall is one of the main things that affects the cost of a plastering job. Most plasterers will need the measurements of the wall before they can give a final figure. This is important because the size of the wall will directly affect the number of plasterboards and any other materials they will need.

The scope of the job is another factor that is considered when coming up with an estimate. Resurfacing the wall is more expensive because it requires more work to remove the old plaster and ensure that the walls are smooth and clean before the actual job is started. This is why new plaster installations cost less than replacing old plaster on walls.

Adding decorative trims and other finishing touches also influence the price, since the addition of intricate designs will take longer to finish and will need the skills of a more experienced plasterer. 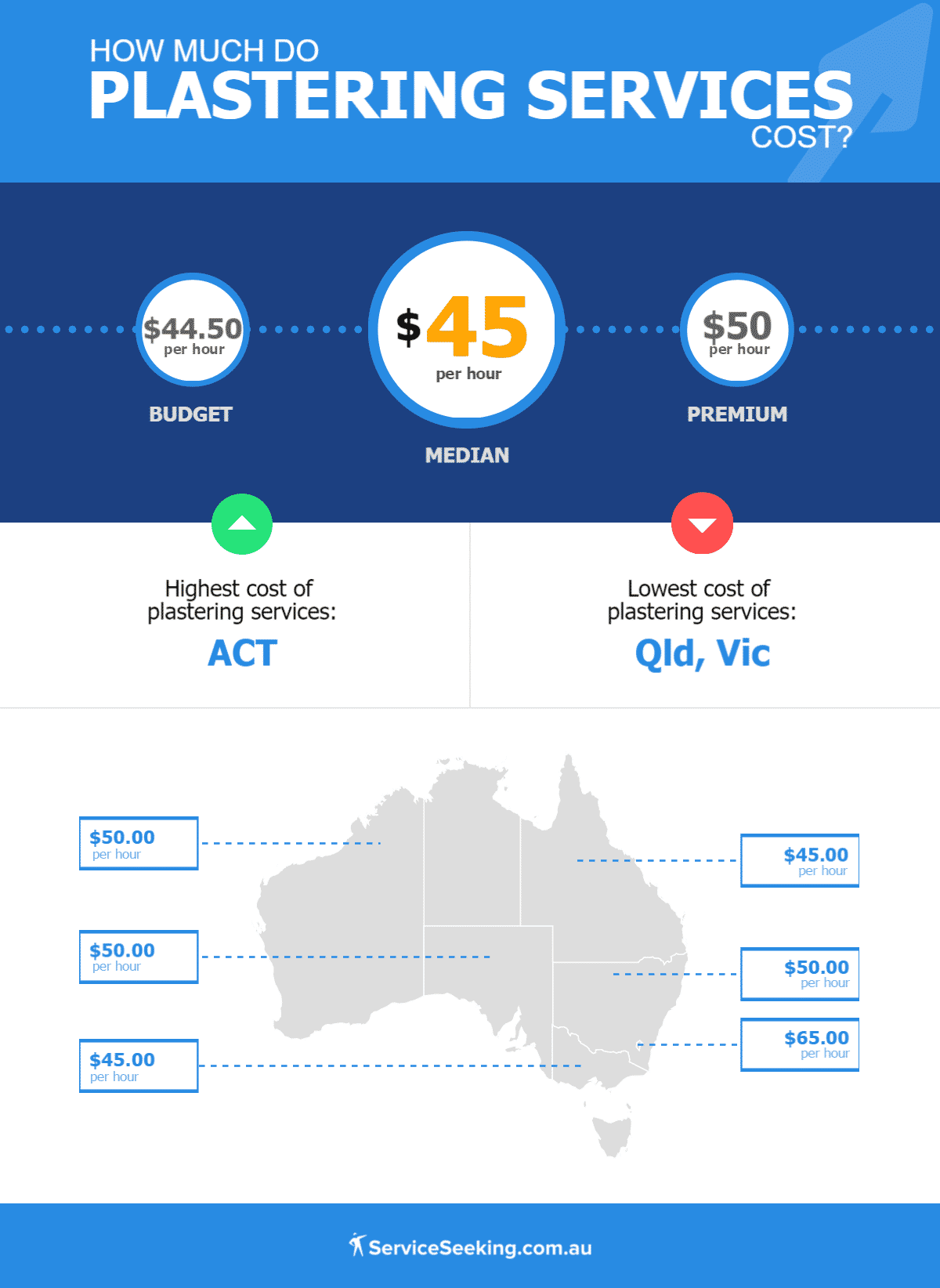 Victoria and Queensland have the lowest average plastering rate at about $45/hr. Now is a good time for residents of these states to carry out plastering projects in their homes.

In New South Wales, South Australia, and Western Australia, plasterers are charging an average price of about $50/hr for their services. Meanwhile, residents of the Australian Capital Territory are paying an average cost of approximately $65/hr for a plastering job.

A better understanding of how plasterers come up with their estimates will help you determine which contractors are providing the most reasonable rates. ServiceSeeking.com.au is the best place to get quotes from reliable and highly skilled tradies.

Pricing information correct as at August 2017.

Get a Fast & Free Plastering Quote
Where are you located?

Looking for professional plasterers in your area? Check out ServiceSeeking.com.au’s highest-rated plasterers in these major cities: