Get a Tiling Quote in 2 minutes: Where is the job located? Get Quotes

Wondering how much tilers charge in Australia?

The prices for professional tiling services vary between $30/$45 on average up to $100/$120 per square metre, whereas the hourly rates range from $45 to $100 per hour. The average cost for new tiling is $50/m2 based on quotes and jobs completed on ServiceSeeking.com.au.

All prices stated in this article are based on FY 2018 pricing data compiled by ServiceSeeking.com.au. The figures resulted from a comprehensive analysis of quotes submitted by Tilers on the site from July 2016 to July 2017.

However, there is a wide range of tiling costs depending on:

So, let’s see how much hiring a tiler costs and what else influences the prices. 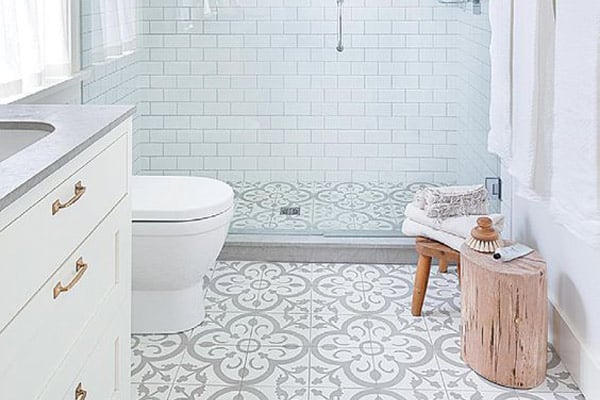 How Much Does A Tiler Cost?

When speaking of tiling labour costs, a qualified and experienced tiler will charge on average $60 per hour to lay new tiles, or around $35 per square metre depending on the complexity of the job.

Large tiles often have a higher labour rate cost, because even though a smaller number of overall tiles need to be laid, there is less tolerance for error during the laying process – therefore requiring greater skill and care – compared to laying a larger number of small tiles. 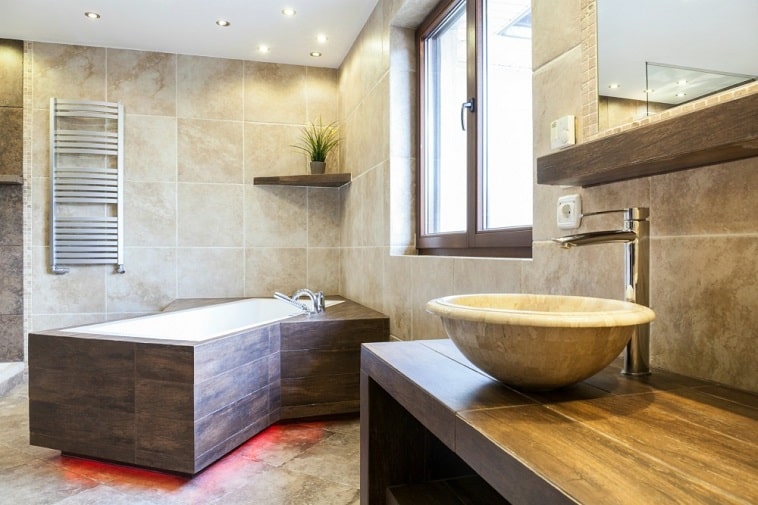 To ensure that you’re getting an accurate price, it’s important to clarify what exactly is included in your quotes.

Now that you know how much is labour for tiling, let’s dig a bit deeper so that you’re well prepared for this serious project on time.

The most common areas for new tiling are:

If you’re getting ready for tiling any of these areas, you may also require waterproofing work as well. So, it’s wise to check the cost of waterproofing in advance.

Follow the links below to find out more detailed information about:

Now you’ve got a solid starting point for your tiling project, don’t you?

Great, but there’s much more to take into account before you get down to work. So, keep reading. 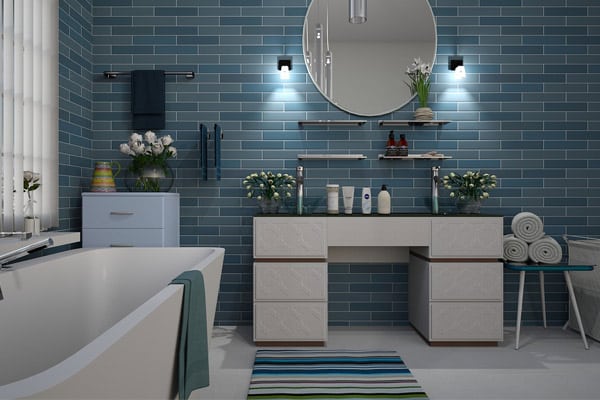 How Much Do Tiles Cost?

The first question that pops up when you think of tiling material is ‘How much do tiles cost?’, isn’t it?

Generally, basic ceramic tiles can start from as little as $30 per square metre and range over $110 for high quality natural stone tiles or custom designed tiles. 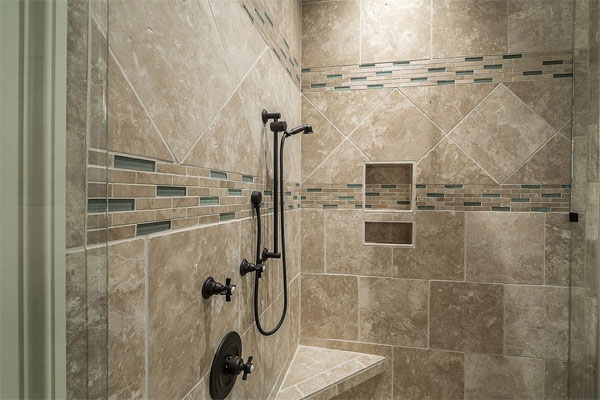 Wondering why some tiles cost more than others?

A tile’s price tag is affected by:

Now, let’s see what all this has to do with tiling service rates.

Apart from tiling labour costs, you must take into consideration material costs as well.

Budget tiling projects often use common white ceramic tiles, which are usually the cheapest to source, followed by high quality porcelain tiles. High quality natural stone tiles are often the most expensive, and can range in cost from $100 – $150 per square metre.

As a result, most people usually choose either ceramic or porcelain tiles, but are often in doubt about how they actually differ. 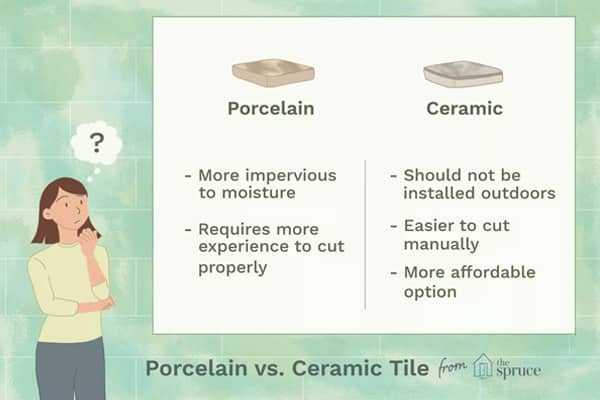 Not all residential tilers will have experience laying more custom types of stone, which is why labour rates can also increase vs using more common tiling materials.

If you’re on a budget, consider the use of small finishes and strips of high quality stone to provide featured accents to your tiling renovation, instead of the same tiles for an entire surface area. 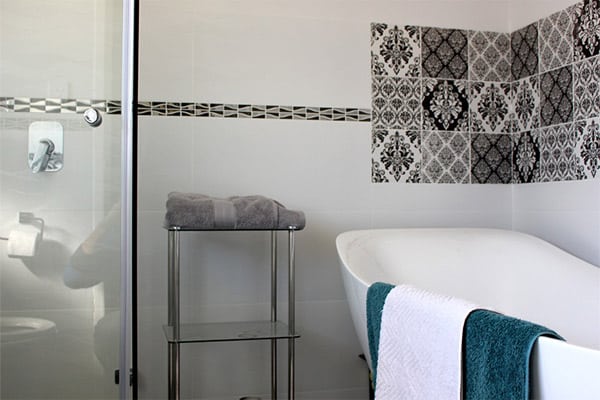 How Do Tilers Price A Job?

Now let’s figure out how exactly tilers price a job, that is to say, what other factors also matter in totaling tiling costs.

In general, laying straight tiles costs less than working with patterned or asymmetrical varieties. Expect prices to further increase should you opt for feature or contrasting tiles.

Similarly, laying tiles is not the only task tilers do. Often, they need to perform other different prep tasks which affect their quotes. Those task may include:

To sum up, tilers consider these important factors in drawing a quote: 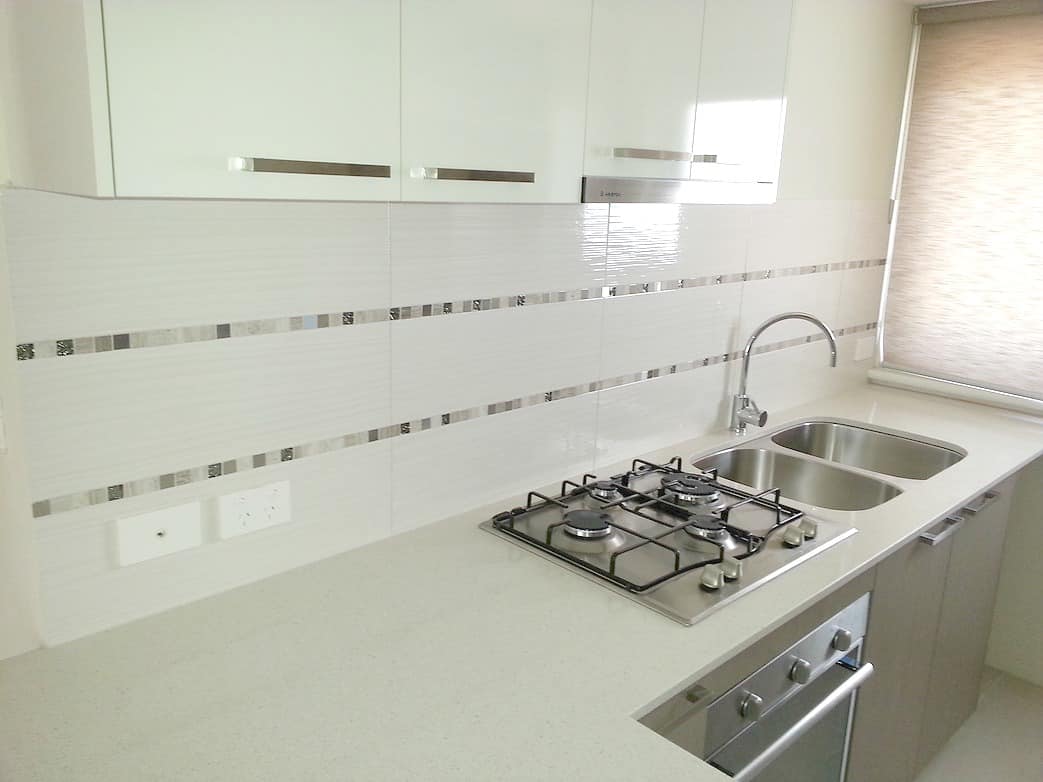 How Much Do Tilers Charge per Hour?

Tilers charge $45 to $60 per hour. However, the tiling hourly rates vary between $40 and $100, depending on whether the tiling is required indoors or outdoors. 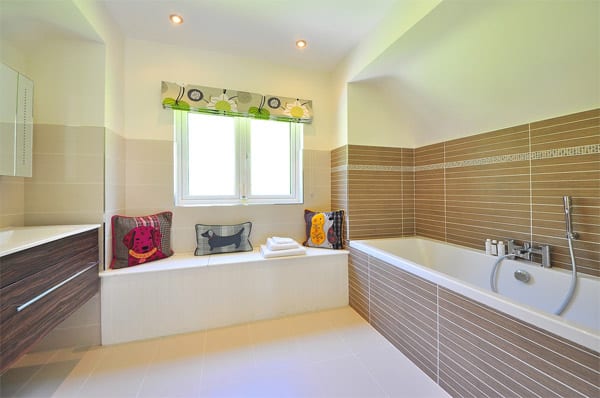 What Do Tilers Charge per Square Metre?

Although many tilers calculate their charges based on their hourly rate, you are more likely to get a per square metre quote, or even per job. 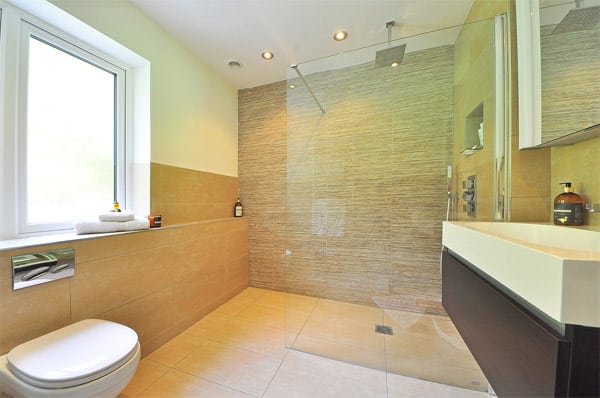 How Much Does It Cost to Install Tiles per Square Foot?

The total cost of tiling primarily depends on your choice of tiles, as you’ve already realised. Let’s say that average prices are $4.5-$8.5 per square foot, when we know that costs of tiles generally range from $4 to $16 per square foot depending on the type and quality of material.

The next factor to take into account is labour, which typically costs $4 to $5 per square foot.

Apart from tile prices and labour costs, don’t forget that many other factors can influence the total price of tiling.

For example, tilers take into account the difficulty level of the job, whether they need to remove the old tiles (which costs approximately $2 per square foot), as well as whether there’s any other prep work needed, such as levelling the floor and similar.

In total, according to some expert tilers, you may expect to pay $7.50-$10 per square foot for the installation of midrange tiles. 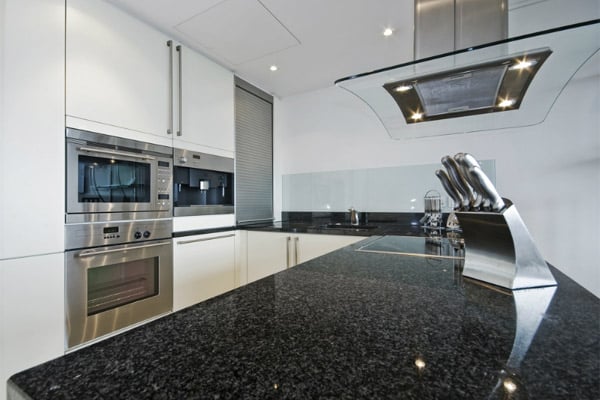 Hear from the experts – experienced ServiceSeeking.com.au tilers provide their own cost estimates

Ben of Shami Renovations
Bathroom tiling
Price is for an average-sized bathroom. Price can still go up if the layout and structure of the bathroom will be changed as well.
Total Cost: $1,500 – $2,500

Tommy of Mitie Tiling
Bathroom tiling
Price can still increase if the bathroom is very large and if the customer wants chrome trims, mitred edges, and other extras.
Total Cost: $3,500 – $4,500

Kitchen tiling
Price is for labour only, and it does not include materials.
Total Cost: $550

Mohamed of Pro Tiling
Outdoor tiling
Price is an approximate for a 10m2 outdoor area and usually depends on the materials to be used. It may include leveling.
Total Cost: $450 – $550 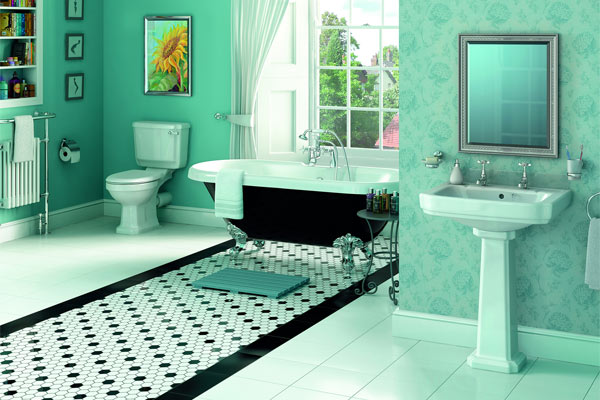 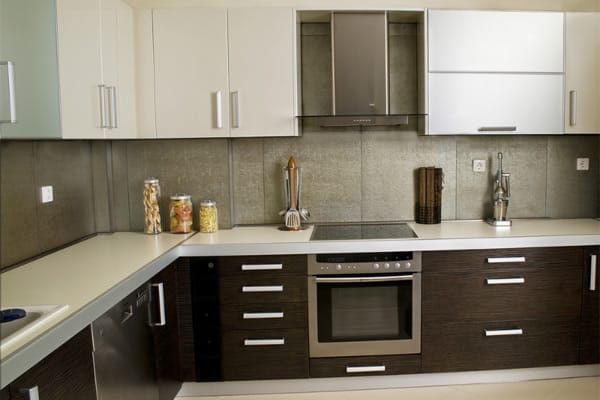 What Are Tiling Labour Rates Across Australia? 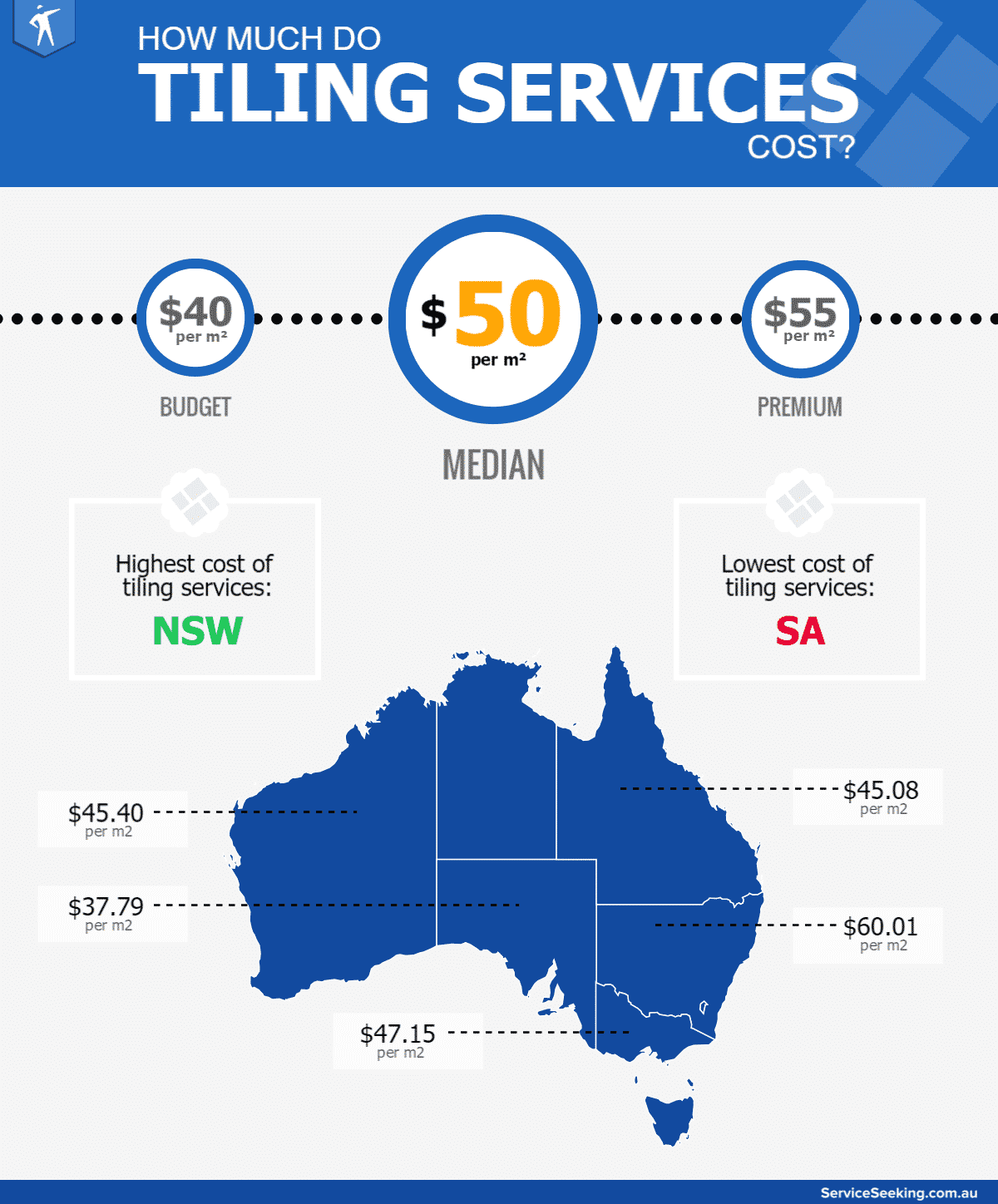 South Australian tilers charge the most affordable price at around $37.79/m2. Tiling services in Queensland, on the other hand, are considerably pricier at $45.08/m2. However, this is still slightly lower compared to the $45.40/m2 rate in Western Australia.

At $47.15/m2, the average rate for tiling work in Victoria tops those of tilers in Queensland and Western Australia. New South Wales has the highest average cost overall at $60.01/m2.

Apart from considering the price of tiling services, you should also ensure that you’re hiring a qualified tradie for the job.

ServiceSeeking.com.au has a list of the best tilers in Australia, so you might want to check it out to find the right business to give your bathroom, kitchen, laundry or your any other indoor or outdoor house area a face-lift. 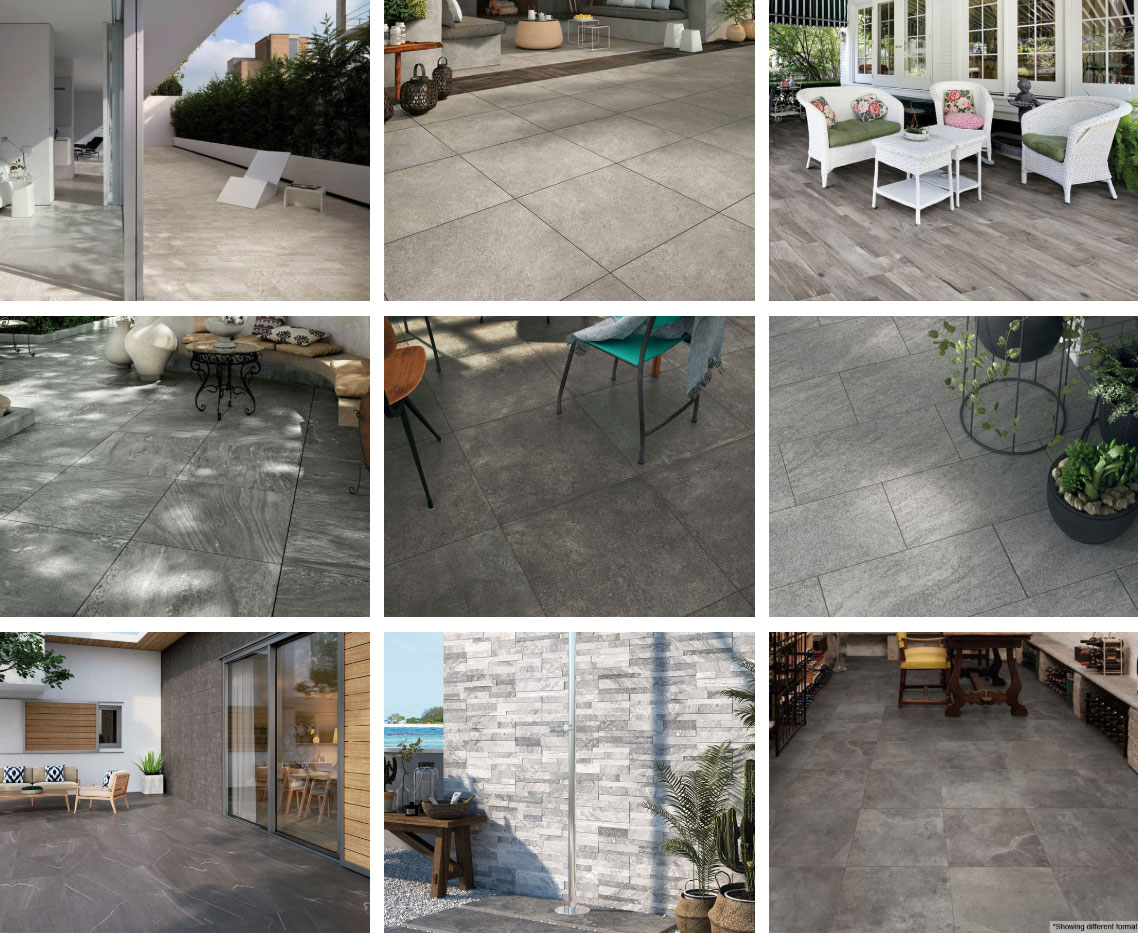 And for all those who still may be wondering “How much will tiling cost me?”, here comes the straightforward answer.


How Much Should I Pay for Tiling?

Use our tiling cost estimator calculator to work out the approximate cost of YOUR next tiling project.

A more precise cost estimate for your tiling project is a matter of minutes and a few clicks below. Don’t hesitate to get the best possible deal today! Why would you overpay for tiling?

Disclaimer: Our cost estimates are based on quotes for tiling services and are useful as a guide only.

Get a Tiling Quote in 2 Minutes
Where can I find the nearest local tiler?

Looking for reliable, professional tilers in your area? Check out ServiceSeeking.com.au’s highest-rated tilers in these major cities: