By Staff Writer Posted on January 22, 2015 in Other, Renovation Consumer Price Index, Tradesmen Articles and Tips

Queensland has now surpassed Western Australia as the most expensive state to hire tradespeople according to new findings from a sample size of over 58,000 people.

ServiceSeeking.com.au has found that on average the cost of renovating in the Sunshine State has increased by 7.5% compared to the same time last year.

The most notable price rises occurred in concreting, which saw an 11.5% increase. Landscaping observed a 9.2% rise and the costs associated with building and home renovations were up 5.9%.

Below are the changes in cost per hour, across ten different industries. 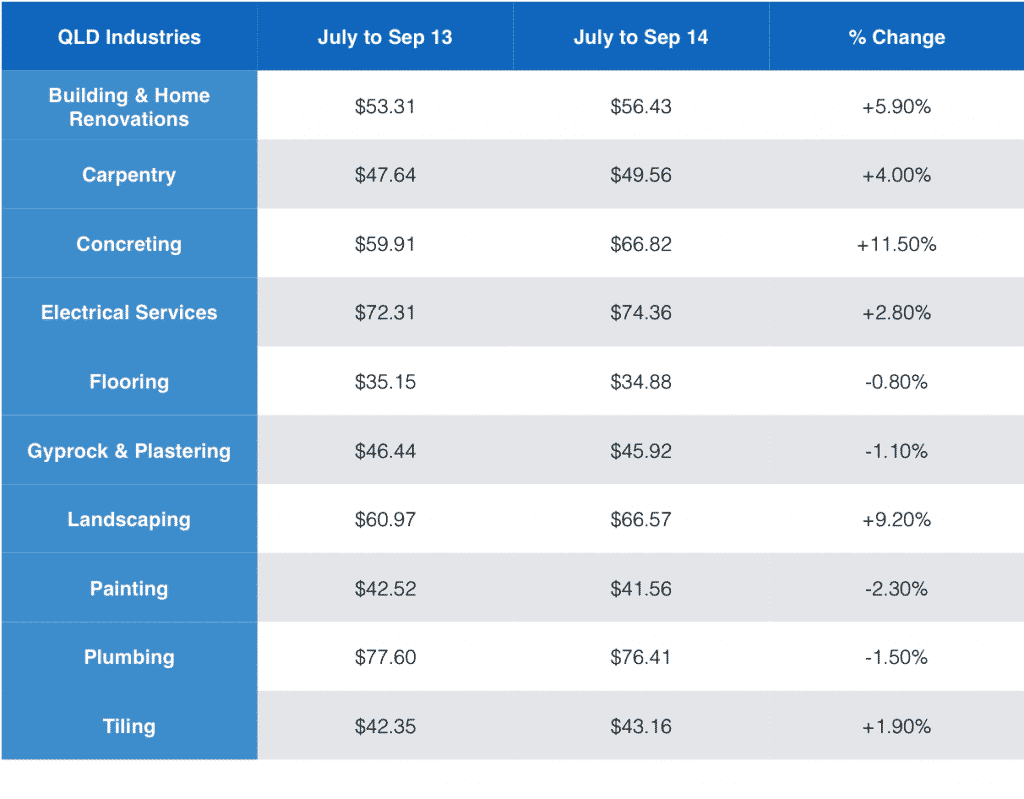