By Staff Writer Posted on October 13, 2017 in Home Renovation, House Repair and Maintenance, Insights, Other

The men and women of Australia have weighed in on all things handy(wo)man- the skills they have and the skills they wished they had. In 2017 it seemed appropriate to re-assess public opinion to see whether the stereotypes of men and women in the area of home improvements still exist. A recent survey conducted by jobs site ServiceSeeking.com.au interviewed 1,700 users and the results showed some surprising insights into both genders…
Which tradies make us jealous?
Surprisingly men seem to be attracted to the more technical roles, while women have chosen the more labour intensive trades 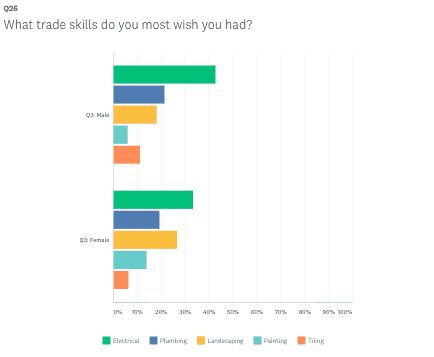 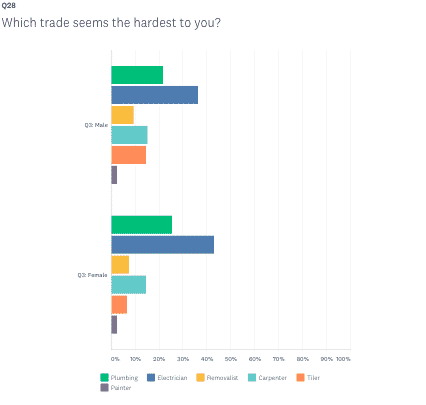 Most Hated DIY Job:
Unclogging the toilet was the most hated DIY job, but men are happier to oblige with 35% of men identifying this as the most hated job v 43% of women. 23% of men are adverse to the idea of painting a room compared to the majority of women who aren’t phased. 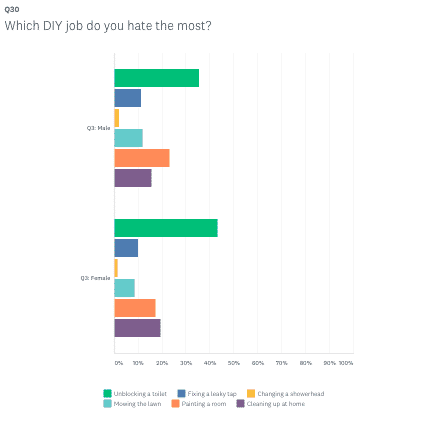 Reasons why we HATE DIY: 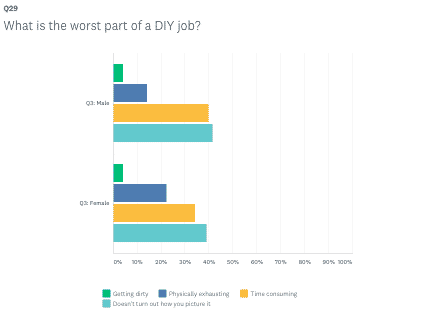 Who wins with DIY: 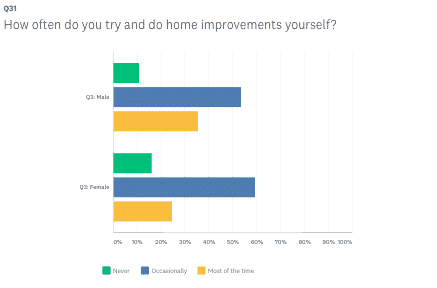 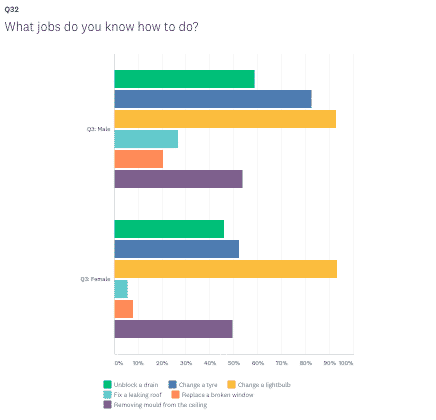 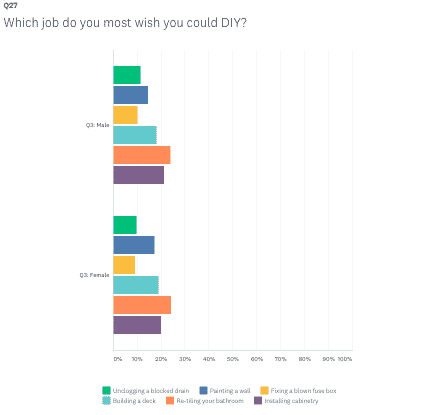 So in the end, who wins the renovations battle of the sexes? From an economical stance men take the Gold, more often choosing to DIY to save money. Yet with DIY they run the risk of the job not turning out the way it was supposed to. So in terms of efficiency, women take the Gold by opting to get the job done by a professional.

The data is from a survey of more than 1,700 customers and businesses of ServiceSeeking.com.au in September 2017.

Tradie envy: these are the skills we wished we had the most
Cloud Storage: Why do you need it?